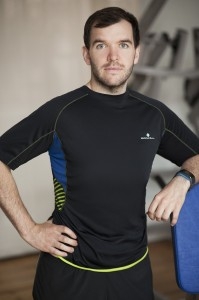 Kieran Smith came to New You on the advice of his mother Christine. At that time he weighed 142kg and had spent most of the last 10 years in or around this weight. Having attended New You Christine felt her son might get some benefit from at least speaking to us. Kieran came to New You and met with John Kavanagh for a consultation. Christine said that Kieran returned home very excited about getting started at New You. He didn’t realise just how significant a decision it was. Kieran eventually reached a weight of 89 kg while gaining 14lbs of muscle. He reduced his waist by nearly 20inches, his visceral fat from 36 to 5 units and his body fat percentage from 50% to 18%.*

Kieran’s story is as much about persistence and determination as it is about the proper application of exercise science and applied nutrition. It’s a lesson to anybody who has a severe weight problem that consistent changes in body composition will enable you to change your physical condition forever. This is his story.

Kieran had been very active up until he was 15 years of age, playing rugby and swimming. Going to Blackrock College ,rugby had been a major part of his life and had kept him in reasonable shape. Around this time he had a bad mouth infection that persisted for some time and prevented him from playing rugby. Depression kicked in, he started gaining weight and never got back into rugby. At the time that he left Blackrock to attend the institute of Education for 5th and 6th year his weight had increased to 16 stones. During this period Kieran never exercised and by the time he finished school he was on his way to 19 stone. 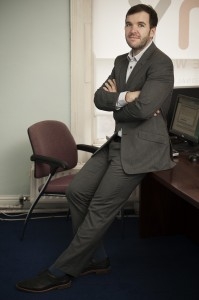 After school Kieran went on to study Event Management in DIT .During this time he had lost and gainedweight, through working out on his own and also seeing a Dietician for a while. He lost a stone over 6 weeks but quickly regained it when he lost interest.

Kieran finished his degree in DIT weighing around 21 stone. He continued his education in the UK where he started to get some control over his weight by working out in the university gym under the guidance of a personal trainer. However Kieran again became disheartened when he started to plateau .When he eventually finished college in the UK he was weighing over 22 stone.

After college in Brighton Kieran stayed in London where he was finding it difficult to get work. In his own mind deep down he knew his body was working against him in job interviews. He was very low on confidence and self esteem. On top of his career problems Kieran had never had the confidence to have a girl friend.

Kieran came back home from London for a break in between some contract work.

Kieran’s mother Christine had just started in New You and had a strong belief in the New You training and nutrition philosophy and felt that this was something that might just give her son some chance of losing weight and more importantly turning his life around. She didn’t realise just how important a decision it was going to be and how this decision was going to change her sons life 360 degrees. 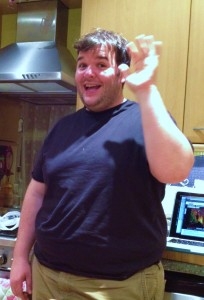 Kieran was home from London where he was living at the time. He had his first visit with our nurse. Kieran’s body fat was over 50%, his waist measured 56 inches, his muscle mass was only 65kg,half his body weight and His Visceral fat was through the roof at 36, and his high blood pressure was a cause for concern.

Kieran had a few injuries so the trainer allocated to him was a physical therapist and personal trainer. Kieran initially started for a few weeks to see if he could lose a few pounds before going back to London. He was down to 136kg and so motivated he kept on course.

Kieran was due back to London. He had an important decision to make in relation to his career and life in London, but he decided to forgo the opportunity in London as his health became his priority and he was highly motivated by the continued improvements he was making.

Two months later he had lost nearly 10 inches from his waist and his body weight was down to 122 kg. His muscle was holding on. A further 8 weeks saw him weighing 116kg with a body fat of 35% while his visceral fat was down to 15 units.*

Kieran then returned to the UK .While he was away he managed to maintain his body weight, body fat percentage and muscle mass. This was due to the manner in which he had lost his body fat and gained muscle mass – he had turned his metabolism around. 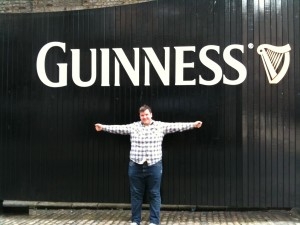 Kieran now weighed 104kgs but his progress was impacted by him training for,and running, the Dublin Marathon. This caused Kieran to lose almost 4kgs of muscle, seriously slowing his metabolism. He did get back on track and his body weight was down to 99kg. This was a hugely significant milestone – to get under the 100kg mark and to get his body fat was down to 27%.

Kieran had again to leave New You for three months and returned  having maintained his results. By this stage Kieran was down to 89kg, his waist measured 36inches,his body fat was down to 23.4% and his visceral fat was down to 5 from an original 36 units.

What transpired next marked a very significant period for Kieran Smith . He went on a rugby trip to Rome with his friends and for the first time in his life he enjoyed the attention of girls. This area of his life took a massive turn around from that time onwards, as has his career. Kieran credits these massive changes in his life as been a result of his extra drive and improved appearance since making this dramatic physical change. 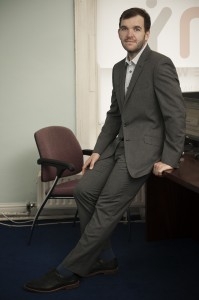 Kieran returned to New You for 8 weeks where he gained another 9lbs of muscle while reducing his body fat to 18.1%. Being able to make such dramatic changes to his body composition in such a short period of time signalled a major change in his body’s internal environment. Kieran is now a fit athletic guy, and has turned his life around. Well done Kieran, we know that your mother Christine gave you a lot of support and encouragement through out the process and is very proud of your results.*

I would like to thank my trainer and the medical support from New You and all the team who took a keen interest in my results. Also a special thanks to my mother Christine who got me started and supported me all the way. I have to say that one of the life changing moments I have had besides everything else… is to be able to buy clothes off the peg.

* Results may vary from person to person