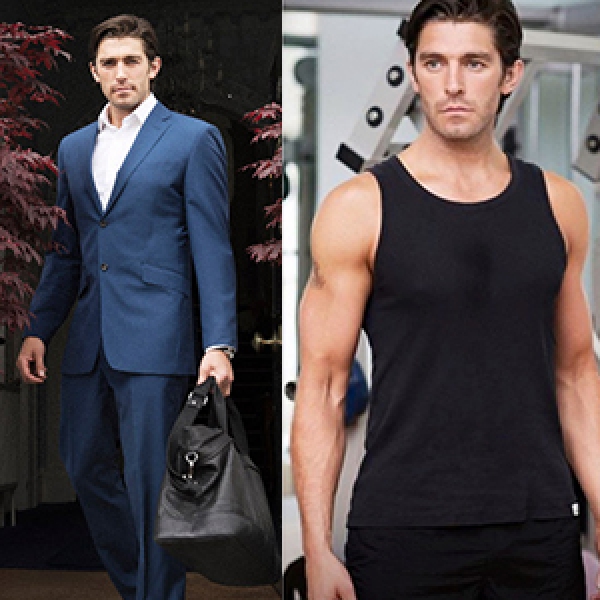 Gavin Collins, a 33 year old senior account manager with a global Media Agency walked through the doors of New You; he wasn’t what you would call a typical over weight person. At 6 ft 3 inches he had a body weight of 98.3 kg. His body fat was 23.1%, his waist was 38.5 inches and his hips measured over 40 inches. His muscle mass was 72.6 kg. He looked okay in his clothes. However his posture was poor and he had very little upper body strength and he carried most of his weight or fat around his mid section and hips. Colin walked out of new you with a reconstructed body. I can actually say that in 30 years of personal training, this is one of the most remarkable changes in physical condition I have witnessed. 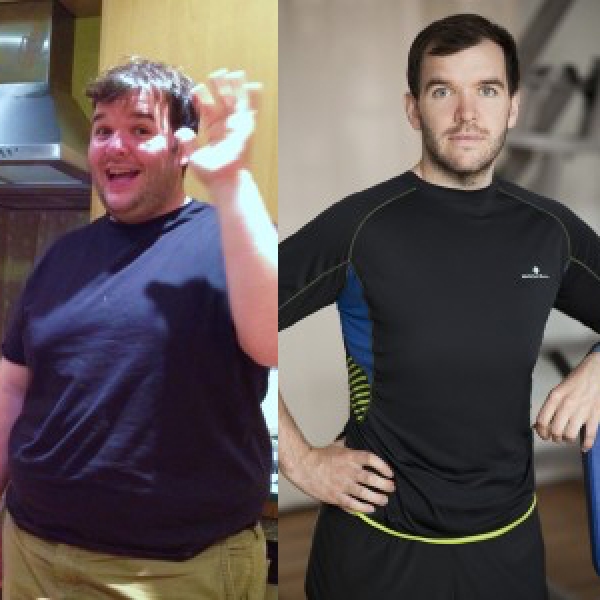 Kieran Smith came to New You on the advice of his mother Christine. At that time he weighed 142kg and had spent most of the last 10 years in or around this weight. Having attended New You Christine felt her son might get some benefit from at least speaking to us. Kieran came to New You and met with John Kavanagh for a consultation. Christine said that Kieran returned home very excited about getting started at New You. He didn’t realise just how significant a decision it was. Kieran eventually reached a weight of 89 kg while gaining 14lbs of muscle. He reduced his waist by nearly 20inches, his visceral fat from 36 to 5 units and his body fat percentage from 50% to 18%.* 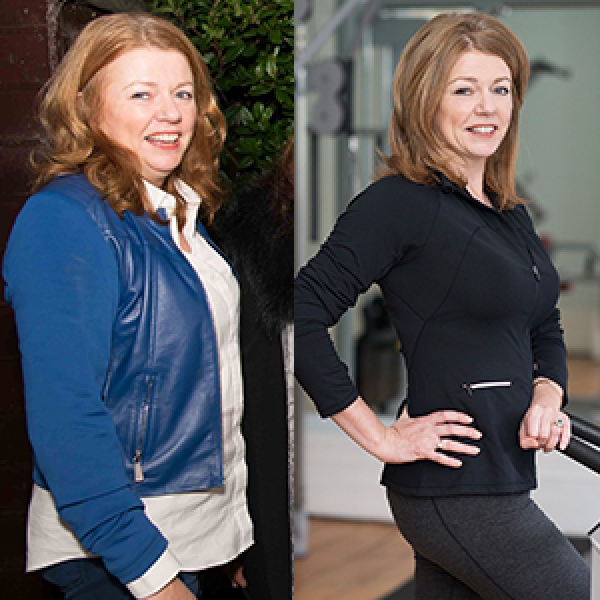 “When I first made contact with New You, late last year, I was at a low place in my life. At 54 years of age I was heavier than ever. Working a typical 9-5 job in front of a computer I was piling on the weight around my mid-section. My eating habits were irregular, large carb loaded lunches and topped off by a couple of glasses of wine at night, becoming a habit. I was walking a fair bit, but it wasn’t making any difference. Feeling sluggish and tired during the week, I was self-medicating by drinking a little more than I should with my friends at the weekend. I was getting into a rut, I was watching my body losing its shape and getting bigger at the same time. I just couldn’t motivate myself to take action. 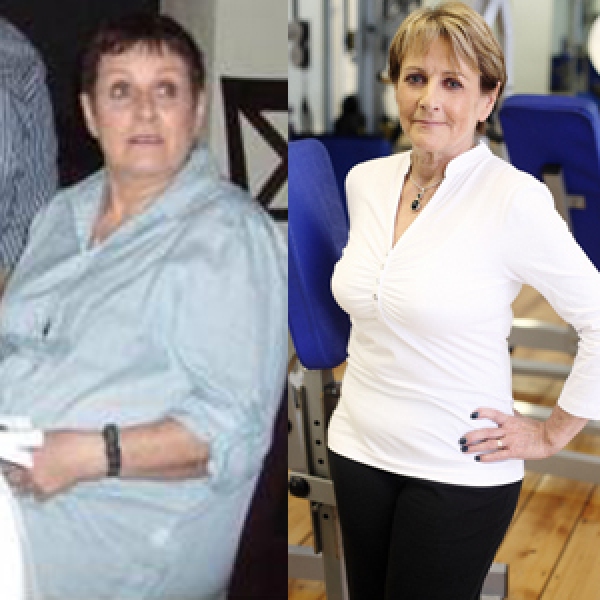 "Hi my name is Yvonne. Walking through the doors of NEW YOU for the first time was extremely difficult. At 55-years of age I had very little confidence and low self esteem. I was 4ft10", had a 40" waist and weighed just over 11 stone. I was as wide as I was tall. Coupled with this I had appalling posture, chronic asthma and suffered from severe arthritic pain throughout my body. I was totally miserable. My confidence was at an all time low and to compensate I was comfort eating and had an atrocious diet. * Twelve weeks later, despite having taken a 2 week holiday just after the first month of my program, I walked out of NEW YOU a completely different person.

Hi, I’m Grainne O’Driscoll. I approached New You on the advice of a friend. I was an overweight, unhealthy, out of shape mother of two boys and my vitality was at an all time low. Walking in for my first assessment to New You was difficult as I weighed 14 stone 8lbs, had a waist measurement of 42 inches and my health was a worry having stenosis of the renal artery, hypertension, high blood pressure and ankle edema. My self confidence was at a low and my energy levels were rock bottom. Walking out 4 months later was easy especially as I had lost nearly 4 stone of body fat, with a 29 inch waist, having reduced it by 13 inches. My hips were down from 43 inches to 35 inches and I am now fitter, tighter and more toned than I was 15 years ago. 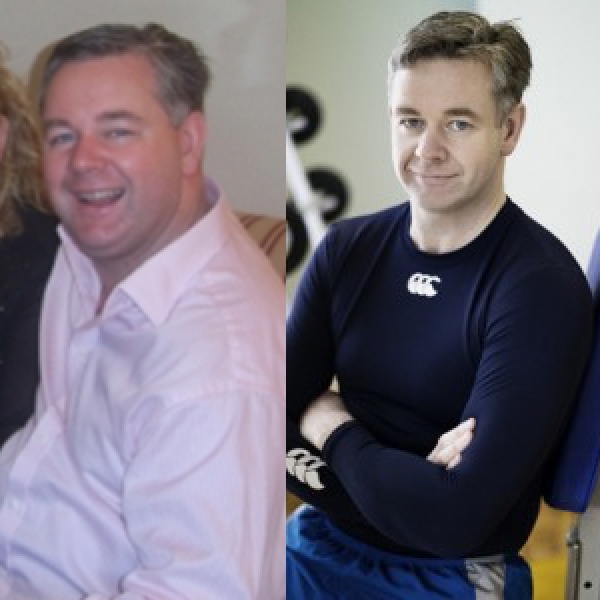 Hi Colin Duffy again and its nearly 11 months since I started with New You. I haven’t put any weight back on, in fact I have continued to get considerably leaner lighter stronger and fitter.* I weigh just over 13 stone, my body fat is now under 15% which makes me pretty athletic, my waist is down to 32 inches and my lean tissue has continued to improve. I eat fairly clean during the week its just become a habit , I do what I want at the weekends enjoying a few pints and wine with the meals. I am training on average around 3 times per week for about 20 minutes to 30 minutes and I’m not only maintaining what I have achieved I am continuing to constantly improve my physical condition. 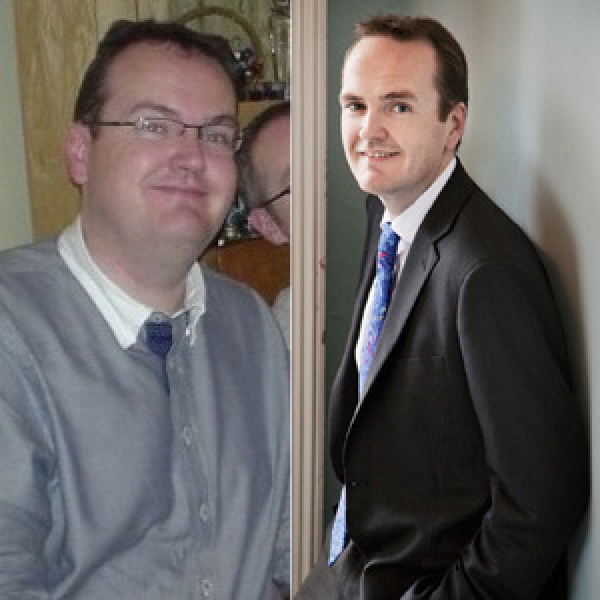 Hi My Name is David Kiely, walking into New You for the first time was difficult. I commenced their Lean Body 7 week program. At a 111.7kg or 17and a half stone I was an unfit 37 year old business man. I had a body fat of 38% and a fat mass of 42kg.My visceral fat (midsection fat stored around my organs) the most concerning of all was nearly 3 times above recommended levels. My muscle mass of 65kg and waist measurement of 46inches was affecting my energy levels. My confidence was a little low. Walking out of New You approximately 14 weeks later was easy. The whole world seemed different, I weighed 60lbs less,* I was lighter on my feet having much more energy.