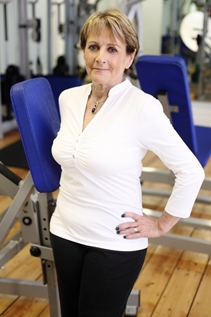 Twelve weeks later, despite having taken a 2 week holiday just after the first month of my program, I walked out of NEW YOU a completely different person. I had dropped 37lbs of body fat, which meant I had gone from just over 11 stone to 8 and a half stone, reduced my waist by 7 inches and my hips by 8 inches respectively. *Coupled with my extraordinary weight loss my health and vitality dramatically improved. After the first few weeks I stopped using my inhaler and my arthritic pain diminished week on week. NEW YOU has allowed me to not only get into a physical condition I could never have dreamt of but it impressed upon me the importance of looking after myself by exercising and eating properly.

I am now a confident and fun loving person again. My family and all those who worried about me over the last few years are very proud of my achievements and are delighted to have the “old me” back. I cannot thank NEW YOU enough for throwing me a lifeline when I was in such a depressed state. I have been given a new lease of life and I could not recommend you highly enough, but without a shadow of a doubt I will continue to do so” Yvonne

At Yvonne’s initial assessment she had a body weight of 155.5lbs, waist 40 inches, hips 43 inches and body fat 48.8%. Yvonne had suffered from chronic asthma since childhood and this was controlled by oral bronchodilators and presented with a pronounced expiratory wheeze and shortness of breath on even mild exertion. She had been inactive for years, had poor lung function and a barrel chest type posture. Intermittent administration of IV/oral steroids and a poor diet had compounded her weight gain. Her exercise program commenced at a controlled pace and gradually progressed over the first few weeks. It resulted in a dramatic improvement her in lung function and a diminished expiratory wheeze removed any necessity for use of the inhalers.

On my first day at NEW YOU I met with Louise, a Director of NEW YOU, who instantly made me feel at ease and relaxed. She guided me around the building and explained how the process would work and if there was anything I needed that I was just to ask. The second step was to meet with Ruth, the NEW YOU nurse, who was so friendly and didn’t make me feel like the lost cause I felt I was. For two years before I joined NEW YOU I had been totally miserable and when Ruth gave me the results of my health assessment it was even worse than I had expected. The third step was to meet with my dedicated personal trainer. I was so scared on the day I was due to start I nearly didn’t go. I felt ill and was shaking all over but I realised this was a chance to get back on track and be the person I was – fun loving, confident and not overweight.*

I was gently talked me through everything and gave me hope and I finally started to believe that I could do this for myself. I could see it wasn’t going to be easy but I felt that I was in safe hands and that if I committed to the program that I would get results. On that first day even though my trainer took it very easy with me I was so overweight I felt sick and useless. However he was so encouraging and I knew I would be back the next day. Surprisingly the next day was much better and it continued to get better each day thereafter. I also kept a detailed food diary enabling my trainer to outline a specific eating program based on my body composition and tastes and with a little bit of thought and planning the diet became easy to follow – made easier by the fact that within a week of doing the diet I could see the losses and it was these little losses that really started to kick up my motivation and belief. *

The design and development of Yvonne’s program commenced with a detailed postural alignment, range of movement and fitness assessment workout to establish her physical capabilities. This combination allowed us to determine that Yvonne had developed exaggerated Kyphosis which explained her chronic back pain and protruded head position. This was having a compromising effect on her ability to perform some very basic movements. As a result of her Asthma and breathing difficulties Yvonne had extremely tight pectoral minor muscles which were severely pulling her shoulders forward. Her arthritic pain and inability to perform daily activities was impacting severely on her quality of life. These conditions were used to set the parameters in developing her training program. *

We began by focusing on functional movement exercises to increase Yvonne’s flexibility and range of movement. We targeted the balance and strength of her lower abdominal and lower back muscles which alleviated the stress from her lumbar vertebrae. We improved the flexibility of the pectoral muscles in her chest and strengthened the upper back and rear shoulder muscles which enabled her improved posture. Each workout combined simple drills which stimulated better neuro- muscular control which allowed us to gradually increase the intensity of her workouts. This challenged her nervous system sufficiently to trigger a positive hormonal response which stimulated her short term metabolic system allowing her to burn body fat at a rate of somebody far less her years. *

Within two weeks Yvonne’s physical condition began adapting to her improved lifestyle. We could see a dramatic improvement in her coordination, range of movement and her new improved ability to walk upright.

Week by week Yvonne’s progress continued as we would expect because of her discipline with the programme. At the end of the programme her posture body shape and movement was unrecognisable from the person I first met. 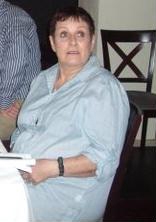 It certainly became a pleasure working with Yvonne and observing the positive physical and emotional changes she was going through. She certainly is an example to others of her age group that no matter what age you are you can make significant improvements to your health, physical condition and quality of life. *

Four weeks after commencing my NEW YOU program I sneakily weighed myself and was astonished to discover that I had dropped to 10st 2lbs. I couldn’t believe I had lost 13lbs!! Allied to the weight loss my fitness levels had soared – just one month at NEW YOU and I was a different person.*

I had an interim assessment with Ruth and I had lost 14.4lbs, 5 inches from my waist, 3 inches from my hips and gained 2.6% of lean tissue. Now I had really gathered momentum but I was worried about taking a two-week break for a holiday I had booked some months earlier. In order to maintain the momentum my trainer developed a simple exercise program to do while on holidays. * On my return I got straight back into my schedule but was nervous as within two weeks of my return I had another assessment scheduled with Ruth. Incredibly I had lost a further 6.6lbs of body weight, another 1 ½ inches from my waist, 3inchesfrom my hips and my lean tissue had increased by another 1.2%. I was thrilled and had massive motivation to keep going. I was edging closer to closer to my final goal.

At my final assessment and as of now, at 55 years of age, I weigh less than 8 1/2 stone with a 32’ waist. I don’t use my inhaler anymore, the arthritic pain has disappeared and I feel fitter and healthier than ever. Because of NEW YOU, I am the old me and much more. It is difficult to fully explain how incredible I actually feel now but having the strength and flexibility to jump on the back of my husband’s Harley again is a dream come true.*

* Results may vary from person to person